What are the Directors' roles, rights and responsibilities?

The definition of a director according to Section 2 of the Companies Act, 2016

Section 2 of the Companies Act, 2016 defines “director” as any person occupying the position of director of a corporation by whatever name called and includes a person in accordance with whose directions or instructions the majority of directors of a corporation are accustomed to act and an alternate or substitute director.

How are directors appointed?

The Board of Directors may, at any time, appoint a director in addition to the existing directors  and the director so appointed shall hold office, in the case of a public company, until the next annual general meeting and in the case of a private company, in accordance with the terms of appointment as per Section 202 of the Companies Act, 2016.

A person shall not hold office as a director of a company, or whether directly or indirectly be concerned with or takes part in the management of a company, if the person:-

(a)   is an undischarged bankrupt;

(b)   has been convicted of an offence relating to the promotion, formation or management of a corporation;

(c)   has been convicted of an offence involving bribery, fraud or dishonesty;

On contravention of Section 198 of the Companies Act, 2016, a person is liable for a penalty of fine not exceeding RM 1 million.

Section 199 grants power to the Court, on application by the Registrar to disqualify persons from acting as director or promoter, or be concerned with or taking part in the management of a company if:-

(a)  within the last five years, the person has been a director of 2 or more companies which went into liquidation resulting from the company being insolvent due to his conduct as a director which contributed wholly or partly to the liquidation;

(b)   due to his contravention of the duties of a director; or

(c)   due to his habitual contravention of the Companies Act, 2016.

Under the Companies Act, 2016, the Registrar of Companies has to prove only one of the conditions.

Resignation, Vacation or Death of a Director

Section 208(1) of the Companies Act, 2016 states that the office of a director of a company shall be vacated if the person holding that office:-

(a)   resigns in accordance with subsection (2);

(b)   has retired in accordance with the Companies Act, 2016 or the constitution of the company;

(c)   is removed from office in accordance with the Companies Act, 2016 or the constitution of the company;

(g)   otherwise vacates his office in accordance with the company’s constitution.

If the office is vacated due to grounds of disqualification from being a director, unsound mind, death or in accordance with the constitution of the company (Section 289(1)(d),(e),(f),(g), Companies Act, 2016), the secretary shall, as soon as practicable, call a meeting of the next of kin, other personal representatives or a meeting of members.

How can a director be removed?

Private Company - A director may be removed before the expiration of the director’s period of office, subject to the constitution, by ordinary resolution (Section 206, Companies Act,  2016). Such resolution must be passed at a physical meeting of members as a resolution under Companies Act 2016. A resolution  to remove a director cannot be passed as a written resolution even if it is proposed by the Board or of any members of a private company.

For both private and public company, a special notice  (of within 28 days) is required of a resolution to remove or replace a director at the same meeting (Section 206(3), CA 2016). The Secretary must call for a meeting within 28 days of receipt of the request to remove a director  has been deposited at the Registered Office. The meeting shall be called by giving at least a 14 days notice to move the ordinary resolution for removal. However, no such special notice is required if the power to remove the director is exercised under the constitution.

The right of the director being removed to have his representation  notified to the members is guaranteed as the applicant must otherwise prove the director is abusing its rights to seek needless publicity. (Section 207 of the Companies Act, 2016)

What are some of the Directors’ Duties and Responsibilities

Section 2 of the Companies Act 2016, also defines a director to  include chief executive officer, chief financial officer, chief operating officer or any other person primarily responsible for the management of the company.

To Act in the Best Interest of the Company

Section 213(1) provides that a director shall at all times exercise his powers in accordance with the Companies Act 2016, for a proper purpose and in good faith in the best interest of the company.

A director of a company shall exercise reasonable care, skill and diligence with:

(i) the knowledge, skill and experience which may reasonably be expected of a director having the same responsibilities; and

(ii) any additional knowledge, skill and experience which the director in fact has (Section 213(2), Companies Act 2016).

The case of Re City Equitable Fire Insurance Co Ltd has laid down some general principles regulating the duties of a director to the company. These  principles are:-

(a) A director need not exhibit in the performance of his duties a greater degree of skill than may reasonably be expected from a person of his knowledge and experience.

(b) A director is not bound to give continuous attention to the affairs of his company. His duties are of an intermittent nature to be performed at periodical board meetings and at meetings of any committee of the board upon which he happens to be placed.

(c) In respect of all duties that, having regard to the exigencies of business, and the articles of association, may properly be left to some other official, a director is, in the absence of grounds for suspicion, justified in trusting that official to perform such duties honestly.

A Duty to Avoid Conflict in Interest

A director has a duty to make full disclosure on particulars relating to shares, debentures, participatory interests, rights, options and contracts (Section 219, Companies Act 2016). Moreover, every director who is in any way, whether directly or indirectly, interested in a contract or proposed contract with the company shall, as soon as practicable after the relevant facts have come to the director’s knowledge, declare the nature of his interest at a meeting of the board of directors.

What / Who is a Nominee Director ?

A company shall not:

(a)   make a loan to a director of the company or of a company which related to that company; or

(b)   enter into any guarantee or provide any security in connection with a loan made to such a director by any other person,  with the exceptions, as follows:-

(i)   to an exempt private company;

(ii)  to provide directors with fund to meet the expenditure incurred in performing his duties as officer in the company;

(iii) to provide directors who is engaged full time with the company or holding company with funds to meet expenditure incurred by him in purchasing a home; or

(iv) to any loan made to such a director who is engaged in the full time employment of the company or its holding company, as the case may be, where the company has passed a resolution to approve a scheme for the making of loans to employees of the company and the loan is accordance with that scheme.

Subject to prior approval being obtained from the members, a company shall not enter or carry into effect any arrangement or transaction for shares or non-cash assets with a director or substantial shareholder.

For public company, a director or substantial shareholder who is interested in the arrangement or transaction shall abstain from voting on the resolution but there is no such rule for a private company under the current Companies Act, 2016.

Fees paid to directors of a public company or a listed company shall be approved at a general meeting. However, in the case of a private company and subjects to its constitution, the  board of directors shall have the right to approve the fees.  If shareholders holding at least 10% of the total voting rights consider the fee or benefits payable to the director or the former director is not fair, they may require the company within 30 days after having knowledge of such payment, to pass a resolution to approve such payment.

Section 231 of the Companies Act,  2016 defines a director’s “service contract” in relation to a public company as a contract under which:

Proceedings of the Board of Directors are governed by the Third Schedule of the Companies Act, 2016

Subject to constitution, the proceedings of a board of directors in a company shall be governed by the Third Schedule of the Companies Act, 2016.

It should be noted that  Clause 4 of the Third Schedule states that, a notice of a meeting of the Board is required to be sent to all directors who are in Malaysia.

Clause 7 states that a quorum for a meeting of the Board of Directors shall be fixed by the Board and if not so fixed shall be a majority of the directors.

In the meeting of  the Board of Directors , every director has one vote and the chairperson shall have a casting vote, as provided under Clauses 9 and 10 respectively.

Whereas, Clause  12 of the Third Schedule states that if a director is present at a meeting of the Board, he is presumed to have agreed and voted in favour of the resolution unless he expressly dissents from or votes to object the resolution. This provision is to make sure that every director exercises his voting right in passing a resolution.

Can directors be indemnified by the Company ?

As the responsibilities of officers and directors in particular increase, so do the liabilities and risks that attached thereto. A director may want to get  an insurance scheme that will keep him indemnified in the discharge of his duties in office.

Section 289(3) of the Companies Act 2016 enables a company to indemnify an officer of the company (includes a director) for any cost incurred by him or the company in respect of any proceedings that relates to any liability or omission in his capacity as an officer or where judgment is given in his favour or he being acquitted or being granted relief under the provisions of the Act, or where proceedings were discontinued.

A company may also indemnify a third party in respect of any act or omission of the director in his capacity as an officer of the company and indemnify cost incurred by that director or officer in defending or settling any claims relating to such liability except for (a) fines or penalties which the director or officer has to pay as a result of non-compliance with any regulatory requirements by relevant authority; (b) cost incurred by the director or officer in defending proceedings whereby he was convicted or judgment given against him or (c) in connection with his application for relief under the provision of the Companies Act, 2016. 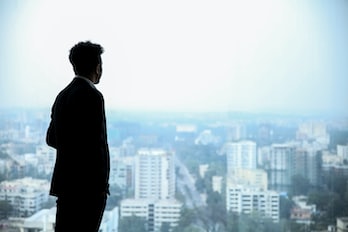 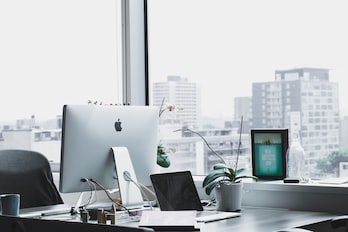